Prime Minister Netanyahu has penned a letter to be delivered to the Flotilla to Gaza activists, presumably to be handed to them as they are being towed to port.

Israel has made it clear that the Flotilla will not be allowed to reach Gaza directly by sea, but can land in Israel, and then send all their humanitarian aid through one of the established crossings into Gaza.

It seems you got lost. Perhaps you meant to sail to a place not far from here – Syria. There the Assad regime slaughters his people every day with the support of the murderous Iranian regime.

Despite that, here in Israel we are dealing with a situation where terror organizations, such as Hamas, are attempting to harm innocent civilians. Against attempts like these we are defending the citizens of Israel in accordance with international law.

Despite that, Israel assists with the transport of humanitarian supplies to Gaza – 800 truckloads a day, more than 1.6 million tons of supplies this past year. The equivalent of 1 ton per resident of Gaza.

By the way, the volume of equipment that has been sent from Israel to Gaza is more than 500,000 times larger than the your boats that you are arriving on.

Israel assists in hundreds of humanitarian projects via international organization including the establishment of medical clinics and hospitals.

But we are not willing to allow in weapons to the terrorist organizations in Gaza, as they have tried to do in the past, by sea.

Just a year ago, we stopped an attempt to bring in hundreds of weapons by sea, that were meant to harm innocent civilians.

There’s no closure on Gaza, and you are welcome to to transport, via Israel, any humanitarian supplies.

The sea blockade is in accordance with international law, and has received backing from the UN Secretary General.

If human rights were truly important to you, you wouldn’t be sailing in solidarity with a terror regime that executes, without trial, residents of Gaza, and uses the children of Gaza as human shields.

If you were to come to Israel you would be able to be impressed by the only democracy in the Middle East that is concerned with equality for all its citizens, and freedom of religion for all faiths. A state that operates in accordance with international law in order to provide its residents a secure life and its children to grow up in peace and serenity. 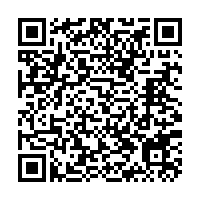