Archaeologists are furious at the police for allowing the Muslim Waqf on the Temple Mount earlier this week to damage the ancient mosaic floor that covers the Foundation Rock of the Temple Mount.

Known in Hebrew as Even HaShetiya, it is the rock from which the world was created, according to the Kabbalistic literature known as the Zohar, which states:

The world was not created until God took a stone called Even HaShetiya and threw it into the depths where it was fixed from above till below, and from it the world expanded. It is the center point of the world and on this spot stood the Holy of Holies.

Adam and Eve were created there, according to tradition, which also teaches that Cain, Abel, Noah and Abraham offered sacrifices there. It also is the foundation of the two destroyed Holy Temples. The Palestinian Authority has methodically been trying to destroy all evidence of the existence of the Temples that Muslim clerics increasing teach never existed,

This week’s destruction robbed archaeologists of a rare opportunity to photograph the mosaic floor over the rock as well as the cave underneath, archaeologist Tzachi Devira told the Kipa website.

Devira, director of the project to sift debris from the Temple Mount, directly blamed the police for illegally allowing the Waqf to carry out work without supervision.

He recently learned that the Muslims were preparing to change the carpets that cover the floor and the cave, giving Devira a “rare historic opportunity” to photograph the mosaic.

He said “stubbornness of the police” prevented his entry while the Muslims carried out their work behind closed doors earlier this week.

Devira said that the Waqf was laying down new carpets purchased with funds donated by the Kingdom of Jordan.

However, Temple Mount activists who try to observe Muslim activity on the Temple Mount discovered that the Waqf exploited the changing of the carpets to damage the floor without legally required police presence.. Pictures that were taken by Muslims inside the holy site were leaked, and parts of the floor were seen, exposing mosaics from different periods.

Devira and others urgently appealed to Cabinet ministers, including Housing Minister Uri Ariel, who in turn asked Prime Minister Binyamin Netanyahu to intervene because of fears that the Muslims would destroy more evidence of the existence of the Temples.

The Yisrael HaYom newspaper quoted Ariel having written to the Prime Minister:

The Waqf began a renovation project at the Dome of the Rock, the site of the Temple, and this includes re-flooring and potentially additional activities whose nature are unknown, all the while using heavy equipment.

These works are unprecedented and warrant the review of the Ministerial Committee on Archeological Digs at Holy Sites, and the fact that there is heavy machinery involved makes this all the more pressing.

Police finally ordered the work to stop immediately, and Kipa reported that an Israel Antiquities Authority spokesman said “work had not been coordinated.”

Devira asserts that the Waqf is forbidden to carry out any work without the presence of a policeman and an archaeologist.

Below is video of Arabs dumping Temple Mount debris. Click on CC in bottom right corner for English captions. 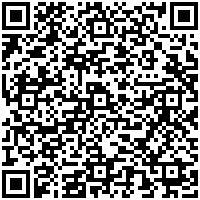