Police said they arrested for “endangering public peace” 10 women who took part in a Rosh Chodesh (first day of the new month) prayer service at the Western Wall.

The women were taken in for questioning. They are members of the Women of the Kotel organization who demand to be allowed to conduct prayer services at the Kotel.


This time, the 300 or so women were accompanied by just under 10 of the very IDF paratroopers who liberated the Kotel in 1967, and who told the press they had sacrificed to make the holy site available to all Jews, not just to a certain segment of the nation.

Police behavior was a bit more restrained this time around, as they waited patiently until the women were done praying before taking them in. But Shira Pruce, Director of Public Relations for WOW, told The Jewish Press that police behavior was “sneaky,” or at least confusing, seeing as they arrested the women after they had already cleared the area.

Unlike the cops, Orthodox Jewish men did not respond at all to the praying women. In the past the women’s service tended to provoke the more Haredi congregants in the men’s section. This despite the fact that several women were wrapped in prayer shawls.

“Remarkably, today’s t’filah was beautiful and peaceful,” said Pruce. “Maybe a few Haredi women walked by and called us names. But the police told them to keep walking. With that tiny exception, it was so peaceful, it didn’t bother anyone. No one was upset.”

Pruce told The Jewish Press she and her fellow congregants made no attempt to tone down their prayers. “We sang, we danced—when we women get together for prayer, we ‘milk’ it, we enjoy it.” 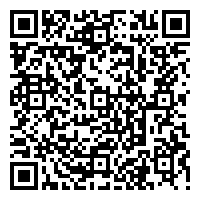