Police are preparing for Arab riots, as Otzma L’Yisrael political leader Michael Ben-Ari and his party’s supporters are planning a march inside the Arab town of Musmus in the Wadi Ara region on Tuesday.

They will be marching under the slogan of, “Without duties, there are no rights.”

Ben-Ari claims that many Israeli Arabs, and even entire villages are not not paying taxes, building illegally, and generally ignoring the laws of the state.

Police are expecting a large, and potentially violent counter-protest in the village. Residents of the village have called for a general strike today, and hundreds have been reported as protesting at the junction at the entrance to the village.

Lebanese Protesters Plan to Form a Human Chain Across the Country 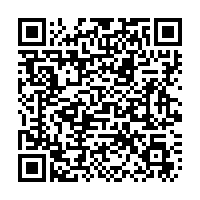