The IDF discovered a terror tunnel inside Israel that originated from within the Gaza strip. The tunnel’s reached 100 meters inside Israel, and ended between Kibbutz Nir Oz and the Gaza security fence.

The IDF troops were on operational duty at the time near the southern Gaza border when they saw a section of ground that collapsed. Upon closer investigation it was discovered that a section of the ground over the tunnel had collapsed inward, apparently because of the rain.

The IDF is trying to determine when the tunnel was dug, and is looking at this as a very serious event, and very specifically as an attempt to commit a terror attack against Israeli civilians and the IDF.

The IDF tweeted that the large tunnel was similar to the tunnel used to kidnap Gilad Shalit in 2006.

There is also concern that there might be additional tunnels in the area that weren’t discovered.

On Monday, Abu Muhmad, spokesman for Islamic Jihad said that, “Kidnapping soldiers is the only way to free Palestinian prisoners from jail.” 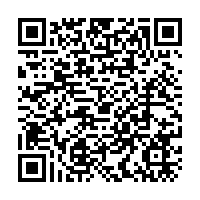