In a effort to help speed up the release of imprisoned Israeli spy Jonathan Pollard, a second petition was posted online, this one asking Jews in Israel and around the world to urge every Knesset Member to stage a walkout during President Barack Obama’s upcoming speech in the Knesset—should Obama not set Pollard free.

But while the original petition calling on Obama to bring the freed Pollard with him to Israel has reached 116,645 signature, its more aggressive sister is still in the realm of three-digits.


MK Moshe Feiglin has already announced that he would boycott Obama’s Knesset speech to protest Pollard’s continued imprisonment. A couple of weeks ago, Feiglin wrote:

The petition is in Hebrew, but it offers instructions for English speakers.

The Jewish Press has learned that Jonathan and Esther Pollard have asked that Israelis not protest against President Obama during his visit. And, meanwhile, the Obama speech has been moved from the Knesset to the International Convention Center (Binyanei Ha’uma) in Jerusalem. 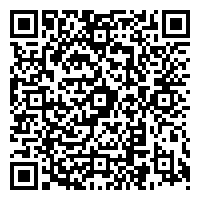