A joint Israeli-Chinese car venture won rave views at the Geneva Auto Show this week with a new sedan aimed not only for the Chinese market but also for Europe, and eventually North America.

Israel’s input into the new Qoros compact, besides lots of money, is Western technology that has been not available in China. The Qoros features a unique combination of an electrically powered rear axle and a traction motor integrated into the front drive, along with a six-speed gearbox. The interior includes a unique eight-inch touch screen system


Israel Corp, Israel’s largest company, has eyes on the distant future when it will be able to employ its Better Place electric car battery technology for the Qoros.

“China will eventually go electric,” Israel Corp. executive Idan Ofer told Reuters. “There’s definitely synergy … We need to establish Qoros as a company. We cannot go pure electric from day one but once we are on safe ground, we can start combining forces.”

The deployment of Israeli input and a German designer for the Qoros has made it a truly international car. Qoros is an invented word. The Q is intended to represent quality, and the whole name is a play on the Greek chorus, a collective voice in plays and music, reflecting the multinational nature of the company.

Israel Corp.’s partner is the Chinese Chery Automobile company, which surrendered its original demands that foreigners would not control the company or inject cash.

The “Qoros 3” sedan sparked excitement at the Geneva show, with obvious admiration from Renault Nissan and Jaguar Land Rover executives.

The Qoros 3  has a four-cylinder engine with an expected price tag of approximately $25,000. Officials hope to reach an annual production of 150,000 cars a year, with the first vehicles on Chinese roads by the end of this year and in Europe before the end of 2015. 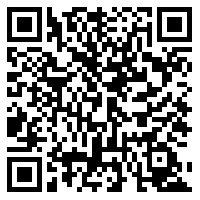