Israel’s President Reuven Rivlin told guests at a reception in Jerusalem hosted by Japan’s Ambassador to Israel, H.E. Koji Tomita, that “Both our peoples have ancient souls.”

The event was held at the King David Hotel to celebrate 65 years of diplomatic relations between Israel and Japan.


“We were created thousands of years ago, we preserve and respect our traditions, our past,” Rivlin explained. “We also share a strong belief in our future but we don’t take it for granted. That is why we invest so much in education. We know that a nation is only as good as its education.

“I heard there is a Japanese art rooted in the fifteen century called Kintsugi, where you repair broken pottery with gloss mixed with gold. This art comes from the philosophy that looks at breakages as what makes the object even more beautiful and unique.

“Both our nations have been horribly broken, more than once. We both built ourselves back, with brushes and gold, we carry our breakages with pride, they made us stronger, smarter, they made us beautiful.

“For 65 years, Japan and Israel have cooperated in trade and science, culture and technology, education and aviation. We hold dear this cooperation, and we look forward to making it grow even stronger,” he added. “I send my sincerest and respectful greetings to Emperor Akihito, and to Prime Minister Abe.”

Ambassador Tomita thanked the president for attending the celebration, and said, “At this historic juncture of the 65th year of diplomatic relations, I am supremely confident about our future because I know our relations are built on a strong bond between peoples, supported by much respect, affection and trust.

“I am looking forward to working with all of you to make this bond even stronger in the decades to come.” 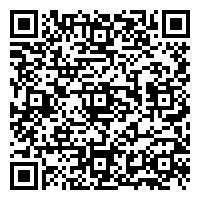