One of the proposed solutions for Israel’s housing shortage is the relocation of IDF bases from areas that are in high demand. These bases would make way for thousands of housing units. In recent years, public opinion has moved overwhelmingly in favor of relocating army bases. The Israeli government, the Israel Land Administration, and the local authorities are all in agreement that there is a tremendous shortage of land available for construction of apartments, particularly in central Israel.

The properties used up by IDF bases are part of the ongoing battle for the “hidden gold.” The huge economic potential of the available real estate has been estimated at over NIS 90 billion (roughly $26 billion), and this has caused the huge spur in land sales. The ILA, which has promised the Defense Ministry an advance sum of NIS 3 billion, announced recently that as long as IDF camps are not marketed, it will not pay the advance. This was confirmed by the ILA chairman, Bentzi Lieberman, after his agency signed a memorandum of understanding with the Defense Ministry and the budget chiefs in the Finance Ministry.

The agreement signed between the two sides deals specifically with the relocation and marketing of two especially “hot” properties. The first is the Keren Hakirya compound, or what is also commonly referred to as “the real estate holy trinity” that lies on the corner of Menachem Begin Road and Shaul Hamelech Boulevard in Tel Aviv.

This property stretches across 9 acres that are slated for gradual evacuation. The armty will be the clearing out of 3 acres beginning in early 2014, which will be used to house a new light rail station. Another half acre will be cleared out during the course of 2015, and the rest of the area – roughly 8 acres – will be cleared out by the end of 2016. The plan is being advanced and jointly overseen by the Tel Aviv Municipality. It also includes the construction of a commercial highriser with 540 housing units.

The Kanarit Compound on the corner of Kaplan and Leonardo da Vinci Streets on the western side of the Kirya is also likely to be marketed. This property, which currently houses part of the Defense Ministry headquarters, will soon include 300 new apartments in two 44-story buildings.

Another “hot” property that is about to go on the market and is quite controversial is the Tzrifin base. Authorities are prepared to evacuate 275 acres of land for the construction of 17,000 apartments as well as 1.3 million square meters of commercial space. According to plans, 105 acres will be cleared out by the end of 2015 in the first stage of the plan, with 7,000 new apartments slated to be built in Rishon Letzion. As part of the land clearance, planners are going to build an initial 3,500 apartments that are expected to win approval in the Planning and Building Committee toward the end of 2014.

Bloomberg’s Money and the anti-Semitism Defense 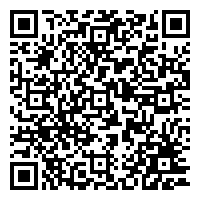