Justice Minister Tzipi Livni announced on Thursday that the planned upcoming fourth release of terrorists has been cancelled, ostensibly because the Palestinian Authority broke the terms of the peace talk and unilaterally tried to join 15 UN connected international conventions.

In further response, Israel has cancelled all high level communications between Israeli ministers and the PA, and all communications will now be handled an IDF representative.


In addition, Israel has frozen various ongoing cellular communications projects with the PA.

Livni said that if the PA backs down from their unilateral moves, Israel would sit back down with them for further peace talks.

But the PA isn’t interested in talking more, and instead has come up with a list of new, and rather ridiculous preconditions for continuing talks, including: releasing 1200 terrorists, releasing terror chief Marwan Barghouti, a building freeze in eastern Jerusalem, Israel recognizing East Jerusalem as the PA capital, Israel acknowledging the 1967 armistice line with Jordan as the border with the PA, granting Israeli citizenship to 15000 Palestinian Authority citizens, barring the IDF from Area A, giving the PA more authority in Area C, and stopping the weapons blockade on Gaza, and a few more – and that’s just as a precondition to talk.

For more on the demands, please read this article.

Later in the evening, the Gazans launched 3 rockets towards Sderot. They landed in open fields, and no damage or injuries were reported.

Bayit Yehudi Minister Naftali Bennett had his own response to the PA’s threat to join more UN groups, and that is that Abbas is financing terror, and Bennett plans to put Abbas and the PA in the international legal and diplomatic cross-hairs. 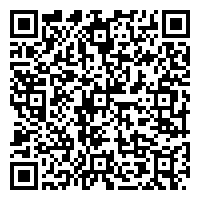