The Orthodox Union is a proud sponsor of the Masbia Soup Kitchen Network which expects to provide its largest food distribution since its founding in 2005 for the upcoming Passover season. The organization plans to distribute 180,000 meals, worth over $600,000 at its three sites and a new distribution location in Manhattan at Lincoln Square Synagogue. The distributions will supply 2,500 families with Kosher-for-Passover food.

The three sites are in Brooklyn at 4217 New Utrecht Ave, Masbia’s main storage facility; 98-12 66th Avenue in Rego Park, near Queens Boulevard and across from Masbia of Queens; and at Masbia of Flatbush, 1372 Coney Island Avenue.

Masbia has instituted its second annual Charoset Drive to help provide seder staples, including eggs, chicken, matzah and much more. The Orthodox Union, among other organizations, is a sponsor of this drive.

Masbia is also looking for volunteers to pack and distribute the packages on April 7, 8, 9 or 10.

“Families already have difficulty being able to put enough food on the table for daily meals; the added strain of Passover and children being home from school may be too much for many,” declared Alexander Rapaport, Executive Director of Masbia Soup Kitchen Network. “Masbia’s annual Passover food package distribution and Charoset Drive were created to help those families in need that want to celebrate a complete Pesach seder, while supplying enough food to last beyond the seder for the entire Passover holiday.” 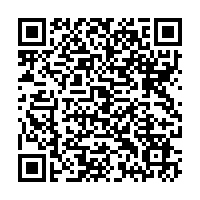