Manhattan attorney Stanley Cohen, whose clients included Osama bin Laden’s son-in-law and Lynne Stewart, who was convicted for passing messages from her client, Sheikh Omar Abdel-Rahman, was indicted Thursday for failing to report some $3 million in income, the NY Post reported.

The federal grand jury in Manhattan indicted Stanley L. Cohen on five counts of failure to file individual income tax returns for the 2006-2010 tax years and one count of wire fraud. He faces up to 20 years in prison if convicted.


Cohen has been complaining recently that the feds are on a “witch hunt” after him.

“This is the culmination of at least five years of harassing me, of seeking to silence me,” he told The AP last year, when he was arrested in Syracuse on federal tax charges.

According to NBC News, the government is accusing Cohen of receiving cash payments of “at least $500,000” from his clients, as well as having them make wire payments directly to American Express to pay his card bills.

The indictment also said Cohen stored cash payments in a safety deposit box, rather than depositing them in a bank account. He also deposited legal fees in his personal accounts, thus defrauding the state and the feds of income tax.

Stanley Cohen responded on his website as part of an appeal to raise funds for his upcoming trial:

“Over the three decades that I have practiced law and criminal and political defense I have made many friends and powerful enemies. Now the U.S. Government seeks to silence and to deter me from continuing to challenge it at home and abroad. It will not work. More than 20 years ago I was indicted in Canada for seditious conspiracy when I represented Mohawk Warriors for four months behind the barricades against the Canadian army. Ultimately that case was dismissed. Now I stand charged by the U.S. Government with a bizarre violation for ‘impeding the administration of the tax code.’ Like my stand at Oka 20 years ago I will fight back now. I can not be an advocate for others if I will not advocate for myself. Over the last 5 years that we know of, I have been the subject of an enormous investigation by law enforcement agencies connected to ‘national and international security,’ the treasury department, and now the I.R.S. Five years of this witch hunt has produced this bogus charge.”

According to the U.S. Attorney’s Office in Manhattan, Cohen is expected to appear in federal court this week.

Stanley Cohen speaking against the military coup in Egypt, at a Meeting for Justice in Egypt, Istanbul 2013–with the inevitable sideswiping of Israel, because how can you not: 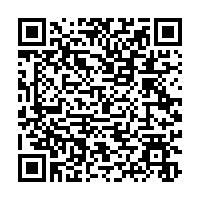