Erdogan and Raisi are both strong supporters of the Palestinian Authority, as is Putin.

The Russian leader is expected to arrive next Tuesday in Iran for the trilateral meeting, according to Kremlin spokesperson Dmitry Peskov.

This will be Putin’s second foreign trip since the start of Russia’s invasion of Ukraine on Feb. 24.

All three presidents also represent the three guarantor states of the Astana process intended to reach a peace agreement in Syria.

No agenda was publicized. 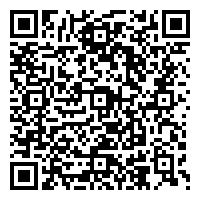