IDF troops shot a Palestinian Authority terrorist as he was throwing stones at Rachel’s Tomb.

Palestinian Authority terrorists regularly throw firebombs and stones at the Jewish holy site and at the Jews who visit, as well as the occasional explosive device.


Rachel’s Tomb, the burial place of the matriarch Rachel, is located in Bethlehem, at the edge of Jerusalem, and was left in Israeli control as part of the Oslo Accords agreement due to the historical and religious importance it holds exclusively to the Jewish people.

Due to regular terrorist attacks by Palestinian Authority Arabs on Jewish worshipers at the site, the IDF was forced build high walls around the building and road leading to the building, turning the once pastoral area into a virtual fortress.

The terrorist is listed in moderate condition.

Wounded Terrorists Flee to Hospital, Discover the Doctors are on Strike 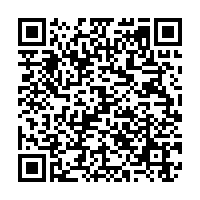