During the time of the Hasmoneans, a Jewish family of means owned an estate in Modi’in which had an olive grove and a press with which to produce olive oil, as well as vineyards and wine presses for the production of wine. And the family patriarch was a coin collector.


He was clearly a man of means: but something must have happened, and the family was forced to flee. Just before quitting their estate, he hid his coins between the massive stones in a wall, hoping to retrieve them later. But it was not to be, and it is only now, millennia later, his fellow Jews have discovered the treasure, and are learning his story.

The hoard of silver coins dating to the Hasmonean period (126 BCE) was exposed in April, in an archaeological excavation the Israel Antiquities Authority is currently conducting near Modi‘in, with the participation of local youth. The excavation is being carried out prior to the construction of a new neighborhood, at the initiative of the Modi‘in-Maccabim-Re‘ut municipality. The treasure was hidden in a rock crevice, up against a wall of an impressive agricultural estate that was discovered during the excavation there.

Avraham Tendler, director of the excavation on behalf of the Israel Antiquities Authority, said “This is a rare cache of silver coins from the Hasmonean period comprised of shekels and half-shekels (tetradrachms and didrachms) that were minted in the city of Tyre and bear the images of the king, Antiochus VII and his brother Demetrius II.

“The cache that we found is compelling evidence that one of the members of the estate who had saved his income for months needed to leave the house for some unknown reason. He buried his money in the hope of coming back and collecting it, but was apparently unfortunate and never returned.

“It is exciting to think that the coin hoard was waiting here 2,140 years until we exposed it,” Tendler said.

“The cache, which consists of 16 coins, contains one or two coins from every year between 135–126 BCE, and a total of nine consecutive years are represented, explained Dr. Donald Tzvi Ariel, head of the Coin Department at the Israel Antiquities Authority.

“It seems that some thought went into collecting the coins, and it is possible that the person who buried the cache was a coin collector. He acted in just the same way as stamp and coin collectors manage collections today.”

“The findings from our excavation show that it was a Jewish family that established an agricultural estate on this hill during the Hasmonean period,” Tendler added.

“The family members planted olive trees and vineyards on the neighboring hills and grew grain in valleys. An industrial area that includes an olive press and storehouses where the olive oil was kept is currently being uncovered next to the estate.

“Dozens of rock-hewn winepresses that reflect the importance of viticulture and the wine industry in the area were exposed in the cultivation plots next to the estate. The estate house was built of massive walls in order to provide security from the attacks of marauding bandits.” 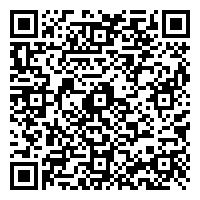