The Red Alert incoming rocket siren was triggered at around 11:30 pm in the Central Negev communities of Orim and Patish, in the Eshkol Regional Council district, abruptly yanking Jewish families out of their beds and sending them racing for cover. Residents of the Gaza Belt region near the border have only a 15-second window within which to reach a safe space before rockets, missiles and mortar shells land in their vicinity. 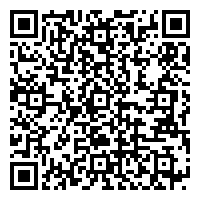