An outbreak of measles that began in Israel has accompanied travelers back to New York and begun to spread in Jewish communities there, according to local sources who spoke with JewishPress.com.

The childhood disease to a large extent had been eradicated, (it was believed to have been eliminated in the year 2000) but outbreaks have persisted. Due to families who choose not to vaccinate their children, it is making a comeback particularly in the Orthodox Jewish community, which tends to be insular and within which families travel from one continent to the other.


The Health Ministry in Israel has been dealing with this issue for months, and recently began to consider the possibility of barring families from schools unless they first vaccinate their children, due to the risk they present as possible carriers to others with health conditions or who are young.

Outbreaks of the virus have been reported in the Williamsburg section of Brooklyn, New York, as well as in Monsey, further north in the state in Rockland County.

But according to a report released this month by the Centers for Disease Control and Prevention, the number of children who aren’t being vaccinated by their second birthday has been gradually increasing.

Uninsured and Medicaid-insured children were less likely to be vaccinated, according to the 2017 National Immunization Survey – Child.

Symptoms include fever, cough, rash, runny nose or eye infection (conjunctivitis) up to 12 days after exposure to the illness. The virus remains in the air and on surfaces for up to two hours. If you believe you may have been exposed, contact your health provider before going to the office for treatment.

On Wednesday, health officials warned residents in Lakewood, New Jersey — another large Jewish community — that a patient in Ocean County who had just returned from a trip to Israel is now showing the symptoms of measles as well.

In addition, there were confirmed cases of Pertussis and Varicella in Lakewood as well.

Pertussis – a disease known as “whooping cough” – is a highly contagious respiratory tract infection characterized by uncontrollable, violent coughing that makes it increasingly difficult to breathe.

As with measles, pertussis is also completely preventable, with a vaccine. 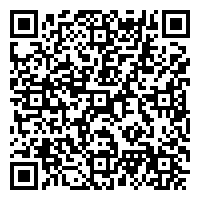