Were the visit to occur, it would exemplify the initiative by Israel to cultivate and improve relations with African countries, including Chad and Oman, which Netanyahu visited this month and in October, respectively. Netanyahu would follow Ehud Barak, who attended King Hassan II’s funeral in 1999.


“Although Israel is not officially recognized by Rabat, reports about clandestine relations, including security services, between the two countries have circulated for years. Moroccan officials have publicly expressed their sympathy to Israel and Jews,” reported The Jerusalem Post.

For instance, Andre Azoulay, Mohammed VI’s personal adviser, who is Jewish, went to the state funeral of former Israeli President Shimon Peres in 2016.

Before the establishment of the State of Israel, Morocco, which gained its independence from France in 1956, was home to a large Jewish community numbering between 250,000 and 350,000 Jews. They started leaving en masse for Israel in the early years of the state until before and just after the Yom Kippur War in 1973. Fewer than 2,500 remain.

“Morocco’s Jewish heritage continues to be part and parcel of our lives and who we are,” read the letter. “His Majesty King Mohammed VI is committed to follow in the footsteps of his forefathers and spares no effort in the preservation of this shared heritage.” 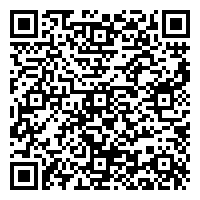