Arab officials close to PLO terror mastermind Marwan Barghouti, who has been serving five life terms in Israeli prison since 2002 and is considered one of the leading competitors to succeed PA Chairman Mahmoud Abbas, have reached an understanding with the Hamas leadership and with the Islamic Jihad abroad on an overall plan to fight the “Israeli occupation,” Walla reported Monday. The three-way plan calls for non-violent steps to exercising “Palestinian sovereignty” in the “occupied territories, and above all Jerusalem. The plan will orchestrate disruptions of life in the Jewish settlements and deprive Israel of the ability to demonstrate its sovereignty in Judea and Samaria until the establishment of a Palestinian State within the 1967 borders.

The “next intifada,” as the plan calls it, will be made up of a series of local popular uprisings, organized by a unified Arab leadership, which will decide each time where and what steps are taken against Israel next. The plan envisions Israeli security forces being pushed off balance, mired in confusion and stress. The plan emphasizes the use of non-violent, civil disobedience, intended to embarrass Israel every time the IDF is caught using violence to suppress the rebellion. In a way, Barghouti wants to go Mahatma Gandhi on the Jews.


The negotiations were conducted in secret over the past few months by four PLO senior officials: Ahmed Ghneim, Qadura Fares, Sirhan Dweikat, and Mohammed Hourani, all of them members of the PLO military faction Tanzim in the 1990s, and all of them close friends of Barghouti’s. The four senior PLO officials have met with the entire Hamas leadership, including Chairman of the Hamas Politiebureau Khaled Mashaal who operates out of Qatar. Additional meetings have taken place in istanbul and included known field terrorists like Musa Abu Marzuq, Saleh al-Arouri—who is responsible for many terrorist attacks against Israeli targets both inside and outside the “green line,” Osama Hamdan, and Husam Badran.

The series of meetings have yielded an agreement on the overall plan titled the “People’s Revolution through Peaceful Means.” The aim of the grand plan, in addition to “ending the occupation,” is the application of the international resolutions regarding the Palestinian Arabs, including UNSC resolution 194 on the “Palestinians’ right of return,” and the “release of all Palestinian prisoners.”

The plan envisions blocking access to Jewish communities in Judea and Samaria with Arab hordes who will rush the main roads and stage large-scale sit-ins. The plan also calls for sabotage against Jewish settlements’ infrastructure of electricity, phone, and internet, and mass demonstrations and marches on Jerusalem.

The plan calls for the annulment of the Oslo accords and all the related agreements, ending the security cooperation between the IDF and the PA security service, and a call for new talks via an international conference, while the “popular uprising” persists.

Applying the plan depends on reaching peace among all the Arab factions. It also hinges on Mahmoud Abbas’s demise, since the organizers do not expect him to lead such a strategy. But the true danger from the new plan is not that the various Arab factions agree on it, but that the Arab masses might follow it, even partially. And this call to arms in its “non-violent” version may begin earlier than its planners have intended: Barghouti’s is about to be submitted for the Nobel Peace Prize, despite his conviction for five murders. As vile as the man may appear to Israelis, should the Swedish committee award him the prize—in absentia—it could ignite a barrel of TNT that won’t be easy to put out. 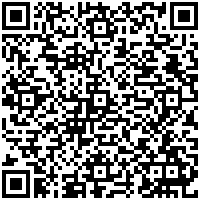