Dozens of Jewish youths demonstrated Saturday night in the center of Jerusalem, yelling ‘Death to Arabs!’ A crowd of about 50 teens had gathered, police said. The protesters were gathered to demonstrate against Arab males who were “starting up with” and bothering Jewish girls on the streets of Jerusalem, according to a source who spoke on condition of anonymity.

Three Jewish teens were arrested for attacking and wounding a volunteer police officer, who was evacuated for treatment to Sha’are Tzedek Medical Center, and for incitement to attack Arabs.


In a separate incident, three other Jewish youths were arrested in connection with an attack on an Arab cab driver, according to Israel Police spokesperson Micky Rosenfeld. It is not clear where the second attack took place; in response to a query to gain clarity on the issue, Rosenfeld replied simply, “In town.”

“In both cases, the investigation continues,” Rosenfeld told JewishPress.com. 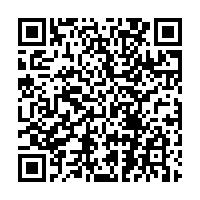