Israeli Justice Minister Ayelet Shaked (Habayit Hayehudi) is working on changing the process of appointing Supreme Court justices, according to a Tweet by journalist Amit Segal (Channel 2 News). According to Segal, Shaked is using the good services of MK Robert Ilatov (Yisrael Beiteinu), promoting a new bill that eliminates the need for a special majority to appoint Supreme Court judges, and also eliminates the need for approval for the appointments from the sitting members of the Supreme Court.

According to Segal, Shaked has informed both Court President Miriam Naor and Prime Minister Benjamin Netanyahu of the move, which comes ahead of the replacement of a quarter of the high court judges.


Israel’s constitutional law on selecting judges assigns the appointments of new judges to a nine-member Judicial Appointments Committee, as follows:

The committee is headed by the Justice Minister (Shaked), as well as one other minister chosen by the government — the most recent choice has been Finance Minister Moshe Kahlon (Kulanu). It also includes two MKs, traditionally one from the coalition and the other from the opposition — however, currently they are MK Nurit Koren (Likud) and Robert Ilatov (Yisrael Beiteinu), the latter, having been in the opposition earlier, has now moved over with his boss, Avigdor Liberman, to the coalition. To remind you, Ilatov is the author of the new proposed rules for picking new judges.

In addition there are two members of the Bar (this time one is Jewish, the other Arab), the president of the high court and two high court judges.

The committee requires a simple majority to appoint judges below the Supreme Court level; but a law enacted by then Education Minister Gideon Sa’ar in 2008 requires a special majority of 7 out of 9 committee members, or 2 fewer than the overall number of members in attendance (6 out of 8, 5 out of 7).

Historically, the three Supreme Court representatives aligned with the members of the Bar, as well as with the opposition MK, to push their own candidates, and the special majority requirement guaranteed their ability to torpedo the ones of whom they disapproved. Shaked is looking to erase this unfair advantage, then use the fact that both MKs on the committee are from the coalition to appoint four rightwing judges in 2017, with a simple 5-4 majority. 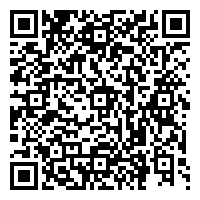