Nelson Mandela received training from Israel’s Mossad in the 1960s, an Israeli government document has revealed.

Mandela, the former South African president and anti-apartheid leader who died earlier this month, was trained by Mossad agents in weaponry and sabotage in 1962, according to a report Thursday in Haaretz that was based on a document in the Israel State Archives labeled “Top Secret.”


The document, a letter sent from the Mossad to the Foreign Ministry in Jerusalem, said Mossad operatives also attempted to encourage Zionist sympathies in Mandela, Haaretz reported.

Mandela led the struggle against apartheid in his country from the 1950s. He was arrested, tried and released a number of times before going underground in the early 1960s. In January 1962, he left South Africa and visited various African countries, including Ethiopia, Algeria, Egypt and Ghana.

Mandela met with the Israelis in Ethiopia, where he arrived under the alias David Mobsari.

The letter noted that Mandela “showed an interest in the methods of the Haganah and other Israeli underground movements “ and that “he greeted our men with ‘Shalom,’ was familiar with the problems of Jewry and of Israel, and gave the impression of being an intellectual. The staff tried to make him into a Zionist,” the Mossad operative wrote.

“In conversations with him, he expressed socialist worldviews and at times created the impression that he leaned toward communism,” the letter continued, noting that the man who called himself David Mobsari was indeed Mandela.

This letter was discovered several years ago by David Fachler, 43, a resident of Alon Shvut, who was researching documents about South Africa for a master’s thesis. 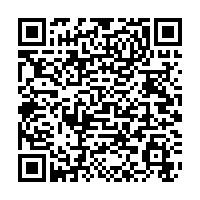