Speaking with Israeli reporter Gal Berger, Nabil Shaath, formerly the PA’s chief peace negotiator and currently an advisor to Chairman Mahmoud Abbas, said that “it is crazy for anyone to demand of the Palestinian leadership to stop paying prisoners’ families. It would be tantamount to demanding of Israel to stop paying its soldiers.”

Perhaps Abbas should tell Trump that the murdering terrorists he pays are PA soldiers. That should go over very well.

Shaath made some headlines back in October 2005, when he told the BBC that President GW Bush, during a 2003 meeting, had told him, “God would tell me, George, go and fight those terrorists in Afghanistan. And I did, and then God would tell me, George, go and end the tyranny in Iraq… And I did. And now, again, I feel God’s words coming to me, Go get the Palestinians their state and get the Israelis their security, and get peace in the Middle East. And by God I’m gonna do it.”

However, both the White House and Shaath’s boss, Mahmoud Abbas—who was also present at the same meeting, denied that Bush had ever made such a statement. 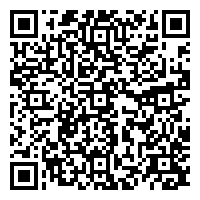