On Friday this week, the Israeli Economic Delegation of the Ministry of Economy and Industry, based in Houston, Texas, will hold a first of its kind event in Austin for senior officials from the Texas water industry. The event will be held directly following the Offshore Technology Conference, the largest energy exhibition in the world, which concludes on Thursday.

The event will be dedicated to the promotion of innovative and groundbreaking Israeli water technologies that were developed following the market demand created by the need for technologies that improve and optimize water consumption on both municipal and state levels.


The conference’s featured speaker will be Sid Miller, the current Texas Agriculture Commissioner. In addition, eight leading Israeli water and infrastructure companies will present their groundbreaking products and technologies in various fields of water management. Attending will be 200 key players from the Texas water industry, local Texas authorities, and water corporations.

The event is sponsored in part by the Texas-Israel Chamber of Commerce and will feature opening remarks by the new Israeli Economic Attaché, Mr. Shay Luvshis. The conference is held in partnership with the Israeli Innovation Authority, the Israeli Water Authority, senior government officials and members of the Texas Congress.

The conference aims not only to create a stronger connection between the Israeli and Texas water industries, but to encourage key government officials and local authorities to participate in the WATEC Israel 2017 exhibition, taking place in Israel in September 12-14. WATEC is one of the largest exhibitions in the world for companies, decision makers, professionals and thought leaders in the water sector.

“This is a significant event for the water industry, and the first of its kind in the state of Texas,” noted Shay Luvshis, the new Israel Economic Attaché in Houston. “We are proud to support the Israeli water industry and hope to become the main interface for Israeli-Texan water trade in an effort to promote the successful cooperation between the Israeli Ministry of Economy and Industry and the Ministry of Energy and the leading water industry authorities in Texas.” 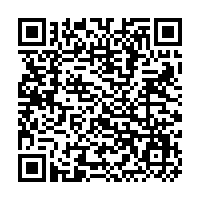