Shortly before 7 pm Saturday night a rocket was fired from Syria at northern Israel.

The rocket appears to have landed in the Golan Heights, according to military sources.


No injuries were reported.  The rocket landed in an open area and no property damage was reported.

“The rocket was most likely due to errant fire from the internal fighting in Syria,” said the IDF.

The Color Red incoming rocket alert siren did not activate “since the projectile was headed for an unpopulated area,” according to military sources. 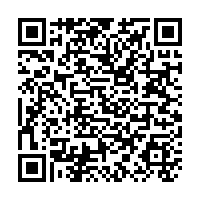