The network of camps and ghettos set up by the Nazis across Europe was much larger than previously believed, according to new academic research, the Independent reported.

The research team, based at the United States Holocaust Memorial Museum in Washington DC, told The Independent the new evidence could be crucial to survivors trying to bring cases for compensation against Germany and other countries for time spent in obscure or undocumented camps.


The cataloguing of all the forced labor sites, ghettos and detention facilities run by the Nazis alongside infamous death camps like Auschwitz now shows more than 42,500 institutions used for persecution and murder.

Previously it was presumed that these institutions numbered around 20,000.

The editors of the Encyclopedia of Camps and Ghettos, which will be published in seven volumes by 2025, estimate that between 15 and 20 million were killed or imprisoned in the facilities set up by the Nazis and associate regimes from France to Russia.

Geoffrey Megargee, the director of the project, said: “The results of our research are shocking. We are putting together numbers that no one ever compiled before, even for camp systems that have been fairly well researched – and many of them have not been.”

He added: “There is a tendency for people to see the Holocaust as consisting of Auschwitz and perhaps a few other places. It’s important to understand that the system was much larger and more complex than that; that many more people knew about it and took part in it; that it was central to the entire Nazi system; and, moreover, that many other countries had their own camp systems.”

The sites included many thousands of slave labor sites used to manufacture war supplies, prisoner of war camps and military brothels where women were dragooned into having sex with Nazi troops. 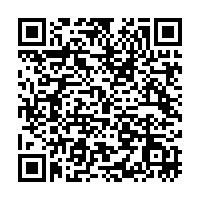