The government cabinet has unanimously approved a three-month back-to-work order forcing 50 employees at Dimona’s Negev Nuclear Research Center to return to their jobs.

The request for an emergency restraining order by the Israel Atomic Energy Commission (IAEC) against the striking workers came after three months of job actions that caused disruption of day-to-day operations at the nuclear reactor, derailing essential state projects.

The Prime Minister’s Office said in a statement that the strike endangers critical interests for the State of Israel. Those employees whose jobs are considered critical to prevent serious damage to essential state interests received the back-to-work orders.

Israel Atomic Energy Commission head Ze’ev Snir praised the research staff as professional and dedicated, saying their activities are vital to the State of Israel. However, he said, the union of the security research team presented financial claims that were unjustified.

News of the strike was not made public until the back-to-work restraining orders were issued. 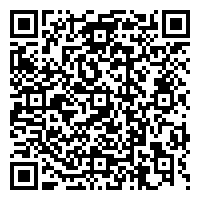