An invitation to a Mitt Romney campaign fundraiser in Jerusalem makes clear its adherence to restrictions arising from the fast of Tisha b’Av.

The invitation for the July 29 event is scheduled for 9:30 p.m., more than an hour after the fast ends, and notes that “Dietary laws will be observed. Refreshments will not be served until after the fast.”


JTA obtained the invitation on Thursday, but not from the campaign. It notes the minimum contribution for attending is $50,000 per couple, and that couples who have raised $100,000 also may attend.

Romney, the presumptive Republican presidential candidate and the former Massachusetts governor, is planning to visit Israel around the time of the fundraiser.

Prior to JTA obtaining the invitation, an official in the campaign reached out on Thursday to push back against reports that the fundraiser was scheduled for the Jewish fast day in memory of the destruction of the Temples, among other calamities. This year Tisha b’Av falls on July 29. It also, technically, falls not on the 9th but on the 10th of Av, because the 9th is on Shabbat.

The Huffington Post had reported that the Romney campaign canceled the event once its officials realized that July 29 was a fast day. The campaign official said the campaign has been careful in planning the visit to work around the traditions and sensitivities of the fast day.

According to HP, Andrea Saul, a spokeswoman for the Romney campaign, pointed to a tweet by Natasha Mosgovaya, a political correspondent for the Israeli daily Ha’aretz, that stated on Thursday morning that the campaign would in fact not be holding the fundraiser. The tweet quoted a Romney official saying the campaign was “aware of the sensitivity of that date.” Saul declined to comment on whether the fundraiser had been canceled or would be rescheduled.

Jonny Daniels, a leading Republican political strategist in Israel, told The Huffington Post that the campaign had been aware of the date of the holiday when it scheduled the fundraiser. The campaign thought it could hold the event in a way that would not offend, he said, but was taken by surprise at the ferocity of the public outcry over the timing.

“It wasn’t really a gaffe,” Daniels said. “They knew what the day was, but they were looking for the correct time and circumstance to do it. Instead it ended up seeming like a big dinner, but that’s not really what it is.”

Meanwhile, former Bush White House press secretary Ari Fleischer has been getting out the vote in Israel, accusing President Obama of “pushing Israel around” into making “harmful, unwise concessions.”

On Tuesday night Fleischer told a group of dual Israeli-U.S. citizens in Mishkenot Sha’ananim, Jerusalem: “I do not ever want to have a president in the Oval Office who will make us scratch our heads and wonder, ‘does he or does he not have Israel’s back.'”

Fleischer added: “I don’t want to have a president in the Oval Office who makes me wonder what next will he do to put pressure on Israel and make Israel make harmful, unwise concessions.” 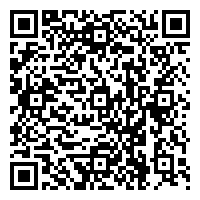