Banners stretched across streets in the Crown Heights section of Brooklyn read, ‘Death to Israel, Death to the USA’ but the activists who raised them are aiming at the White House.

A grassroots campaign is underway in the interracial neighborhood to urge Democratic Congresswoman Yvette Clarke to vote against the proposed Iranian nuclear deal.

One of the anti-Iran banners read “Death to Israel. Death to the USA,” a quote from Iran’s Supreme Leader Ayatollah Ali Khamenei, in the days following the agreement.

All the banners included Clarke’s phone number and asked community members to call her office and urge her to vote ‘NO!’

The Congresswoman represents the third-largest Jewish district in the country.

Approximately 25 percent of her district is Jewish, and includes the heavily Orthodox Jewish neighborhoods of Crown Heights, East Flatbush, Flatbush and Kensington.

An estimated 500 constituents have called the Congresswoman about the issue in the last 24 hours, according to a local source.

Social activist Yaacov Behrman, who helped coordinate the grassroots campaign, told Jewish Press.com, “Although she is under tremendous pressure from the White House to support the deal, still, I believe Yvette will vote against it. The congresswoman cares deeply about the safety and security of the United States and Israel.” 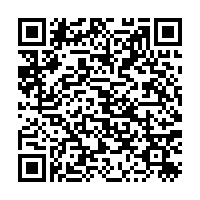