Florida Republican Sen. Marco Rubio boldly stated to President Shimon Peres in Jerusalem Wednesday that Jerusalem is the capital of Israel, but the office of the president omitted the remark in its Hebrew language press release of the meeting.

Already touted as presidential timber for the 2016 election campaign, Sen. Rubio told President Peres that Jerusalem is “of course the capital of your country,” a statement that no president or vice president would dare make given Palestinian Authority demands on the city.


U.S. State Department spokesmen on several occasions have refused to give a straight answer to reporters’ questions concerning the location of Israel’s capital.

The omission of Rubio’s statement in the official press release reflects Peres’ adulation of President Barack Obama and his concern not to rock the boat with Washington.

The Florida senator is on his first official visit to Israel, and his vocal recognition of Jerusalem sets the stage for a sharp contrast with Obama, who is to arrive next month for a visit that has been promoted in Israel as “Operation Unbreakable Alliance.” Obama, unlike previous presidents, has constantly terms Jerusalem neighborhoods of tens of thousands of residents “settlements” because they are in areas claimed by the Palestinian Authority.

Sen. Rubio also told the president that the relationship between the United States and Israel is Washington’s most important in the region, if not in the world. He added, “Israel represents all of the values of the United States.” He also said the American government cannot accept a nuclear Iran.

President Peres spoke about the “peace process,” his favorite topic, and also spoke with the senator n poetic language on the Middle East.

“We are an island of democracy in an uncertain and uneasy ocean, which is raging,” he said. “We must defend our island and do whatever is possible to calm the storm.” 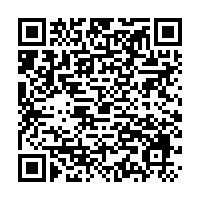