(JNi.media) The night between Thursday and Friday saw Arab terrorists throwing a firebomb at an Israeli vehicle traveling on the road connecting Elon Moreh and Itamar in Samaria, only to be fired on by an IDF force lying in ambush. One terrorist was hit and another was caught and arrested following a chase.

Following the incident, the IDF spokesman said that “the IDF will continue to act to foil terror in Judea and Samaria, and to protect the citizens of our country.”


The force commander, Lt. Col. Liron Batito, said: “The battalion warriors posted an ambush with a clear understanding of their mission: to prevent harm against Israeli civilians. The professionalism of the fighters and their pursuit of contact led to an admirable operational success.”

During his cabinet meeting at the outset of this week, following the recent terrorist attacks, Prime Minister Benjamin Netanyahu declared: “We will fight by any means necessary against stone, Molotov cocktails and pipe bomb throwers, and against those who fire flares to harm civilians and policemen. On the holiday’s eve it has been proven once again that throwing rocks can kill. Such actions will meet a very harsh response of the punishment and prevention. We will lead a systemic change and set a new standard of deterrence and prevention.”

In consequent discussions this week, as security instability had worsened in Jerusalem, police officials asked the IDF to help train police snipers. This marks a new approach by Israeli police to dealing with terrorists who are not using guns.

According to security sources, it was agreed that the IDF would grant the police request, as well as participate in laying ambushes during disturbances or near road segments known to attract terrorist attacks. “The knowledge about this resource is in the army’s hands, and so it’s the army that can help train the police,” the source added.

During the discussions Defense Minister Moshe Ya’alon supported the police request to permit it the use of sniper fire—as did Netanyahu and Public Security Minister Gilad Erdan. Ya’alon also expressed willingness to help police get the training they require. At this point, the government is awaiting an approval by Attorney General Yehuda Weinstein to changing the police rules of engagement in Jerusalem as well as in Judea and Samaria. 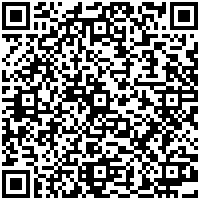