Russia has backed down on delivering the advanced S-300 advanced anti-missile system to Iran in the “near future,” Deputy Foreign Minister Sergey Ryabkov told Russian media on Thursday

Moscow announced two weeks ago that it was lifting the bean of selling Iran the S-300, causing “concern” in Washington and fierce anger in Jerusalem.


Prime Minister Binyamin Netanyahu told Russian president Vladimir Putin last week that Israel would bomb the S-300 systems if Iran were to ship them to Syria or the Hezbollah in Lebanon.

I do not think that it is a matter of near future. It is far more important that a political and legal decision has been taken to open up such an opportunity

Before the ban, Iran had paid nearly $170 million in advance for five of the anti-missile systems that would make it more difficult for Israel or any other country to attack Iran.

Russia’s retreat will somewhat calm down a storm in Congress, where support is growing to cripple the emerging deal with Iran after President Barack Obama and the other P5+1 countries agreed to a temporary framework arrangement. 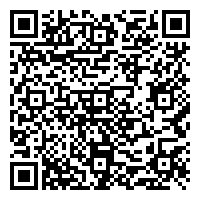