“The country is headed for the abyss,” Kasyanov said, “It’s a shocking thing that an opposition leader was shot down so demonstratively here by the Kremlin walls. Something like this isn’t easily forgotten.”

Boris Yefimovich Nemtsov, scientist, statesman and liberal politician, began his political career under President Boris Yeltsin in the 1990s, and later was an outspoken critic of Vladimir Putin. He was shot dead less than 200 yards from the Kremlin walls and Red Square in Moscow.

Nemtsov, who was born to Jewish parents in Sochi, was in Moscow to organize a rally against Putin’s invasion of parts of the Ukraine, which brought on European sanctions that are hurting Russia’s economy.

On February 10, Nemtsov wrote in a news website, “I’m afraid Putin will kill me.”

He was shot four times in the back, and his body was left just outside with the Kremlin.

“There is no doubt the crime was carefully planned, as well as the place chosen for the murder,” former deputy energy minister Vladimir Milov wrote in his blog, “I have talked to my acquaintances who worked in special services, and I have less and less doubt that the killing of Boris Nemtsov is backed by the authorities.”

Bloomberg cited opposition leader Ilya Yashin, who said Nemtsov had been getting death threats, while working on a report on Putin’s involvement in the Ukraine civil war.

In 2011, Nemtsov published a report on the perks Putin and his friends and relatives enjoyed from the Russian treasury.

In September 2014, Nemtsov wrote in the Kyiv Post that “current events indicate that the most nightmarish, the most bloody scenario of fratricidal war is already developing. This is not our war, this is not your war, this is not the war of 20-year old paratroopers sent out there. This is Vladimir Putin’s war.” 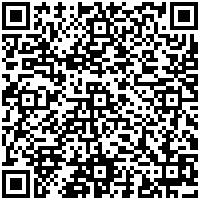