Among the 10 Women of the Wall detained by police on Monday in Israel for praying in the open air women’s section at the Western Wall while wearing prayer shawls was Susan Silverman—sister of the controversial comic Sarah Silverman. Susan is a Reform rabbi in Jerusalem, and she was arrested along with her teenage daughter.

Sarah Silverman tweeted: “SO proud of my amazing sister @rabbisusan & niece@purplelettuce95 for their [genital reference] civil disobedience. Ur the [mamary reference]!#womenofthewall”

According to Ha’aretz, the comic’s niece, Hallel, twitted back: “@SarahKSilverman hey auntie, want a copy of my mugshot?”

Police spokesman Micky Rosenfeld told AP the women were detained due to regulations that ban women from wearing prayer shawls while worshiping at the Western Wall, which could offend Orthodox Jewish visitors. Several hours later, they were released.

“At 7 AM hundreds of men and women flocked to the Western Wall to pray with Women of the Wall, including several Israeli paratroopers who liberated Jerusalem and the Western Wall in 1967 at the end of the Six Day War.

“The women prayed, 200 strong, with at least fifty men in attendance for support. The prayer lasted over an hour and the women were allowed to dance, sing and wear prayer shawls (tallitot), despite the police surrounding them on all sides.”

According to Pruce, a few Haredi women made insulting comments, but were instructed by police to move on.

One of the paratroopers told the passing women that, after they had liberated the Kotel, everyone was welcome to pray there.

Michah Eshet, past Battalion Commander of the paratroopers’ Battalion 66, said he became involved with Women of the Wall because they are “the brave paratroopers in the hope that they will succeed in their struggle to liberate the Kotel from grip of the ultra-Orthodox, for all of the Jewish nation.”

Well, that’s harsh, even for a big, brave paratrooper. For one thing, according to Pruce, when she spoke to The Jewish Press, on Monday there was no reaction from the Haredi men by the Kotel, who let the hour plus prayer service proceed with no interruption whatsoever. The only entity doing the gripping at this point is the High Court, which took on itself to decide whose prayer leads up to the heavens and whose ends up in the Russian Compound, Jerusalem’s detention center.

Pruce said the cops were “sneaky,” waiting for paratroopers and most of the media to disappear, and only then, as the group of women was filing out of the Western Wall plaza at the conclusion of the prayer service, did the cops “descend upon the women, in what seemed like a planned blitz arrest of as many women wearing tallitot as possible.”

Personally, I’m proud of my fellow Orthodox guys at the Kotel, who just turned their back on the tumult and the raucous on the other side of the mechitza and just did their thing. After all, it’d just once a month (thank God nobody told them Adar had two Roshei Chodashim, or maybe they only keep one because it makes sense—it’s beyond my rabbinic sensibilities).

Here’s another observation: in my own shul in Netanya we barely had a minyan for shacharit this morning, and when it came time for Hallel we mostly mumbled along with one eye on the wall clock. We only sang the part from “Pitchu li shaarey tzedek” on, and since there were barely a dozen of us – you get the picture. So I can’t resist admiring a bunch of ladies who make Rosh Chodesh special in the extreme and even bring paratroopers.

This is a great idea, come to think of it – there are so many shuls who suffer from low attendance, especially in these frosty winter mornings – why not invite a couple of paratroopers?

Just tell them they must come help release you from the grip of the Ultra Orthodox. It seems to work. 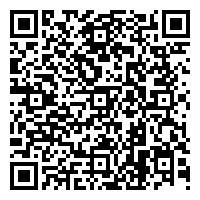