Four people are dead and 4 more are in critical condition and are being treated at Ichilov Hospital on Wednesday night, in a “Ramadan” terror attack in the Sarona Food MArket, on Kaplan Street in the heart of Tel Aviv. There are additional wounded. The attack happened just before 9:30 PM

According to eyewitnesses, the two Arab terrorists were sitting inside a restaurant dressed in their Ramadan finest clothing. They ordered food and then they stood up. They began shooting their Carl Gustav submachine guns at the other restaurant guests. One of them, after he emptied his gun, threw it down and the two started running.


Both terrorists have been neutralized. One was captured alive but seriously wounded and is undergoing surgery at Ichilov Hospital. The second one is now undergoing interrogation.

Police sappers are dealing with suspected bombs in the area.

Police issued a statement that the situation is under control, as both terrorists have been neutralized.

Arab sources initially claimed the terrorists are from the village of Dura in the Har Hebron region.

The two terrorists are cousins and are from the village of Yatta in the Hebron area, which is near Dura. 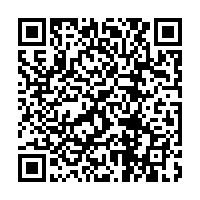