(JNi.media) Ahmed Al-Mughassil, the mastermind of the 1996 bombing in eastern Saudi Arabia that killed 19 US airmen and injured hundreds of international service personnel has been arrested in Beirut and is on his way home to the Kingdom, Saudi security officials told Asharq Al-Awsat.

After living in hiding for 19 years, Mughassil’s capture may have been facilitated by the Iranians, who seek to allay their Gulf neighbors’ fears regarding their expansionism in the region.


The Khobar Towers bombing took place on June 25, 1996, in a housing complex in the city of Khobar, Saudi Arabia, located near the Dhahran Aramco national oil company headquarters. The towers were being used as quarters for foreign military personnel. A truck-bomb was detonated next to an eight-story building that housed US Air Force personnel. In all, 19 US servicemen were killed and 498 men and women of many nationalities were injured. Al-Qaeda was the initial suspect in the bombing, but the official US statement named members of Hezbollah as the culprits. In 2006, a US court found Iran and Hezbollah guilty of orchestrating the attack.

“The operation was carried out in coordination with the concerned bodies,” the Saudi security source told Asharq Al-Awsat, without elaborating on what role the Lebanese authorities had in Mughassil’s arrest and transfer.

Mughassil, 48, is believed to be the leader of the Iran-supported Hezbollah Al-Hejaz group indicted by the US court for the 1996 bombing. He was living in disguise in Beirut.

Saudi Arabia has yet to officially accuse Iran of involvement in the bombing, but the US has specifically blamed the Quds Force, an elite paramilitary unit of Iran’s Revolutionary Guard, of orchestrating the bombing. Tehran has denied any connection to the bombing. Asharq Al-Awsat notes that both Iran’s former president Akbar Hashemi Rafsanjani and the current president, Hassan Rouhani, have made over the years behind-the-scene-efforts to contain the crisis between Tehran and Riyadh over the Khobar Towers bombing, stopping short of suggesting that Mughassil was served to the Saudis—and the Americans—by his patrons, as a good will gesture on the heels of the Iran nuclear deal.

Morristown Hezbollah Sleeper Agent on Trial, Searched for Targets to Blow Up 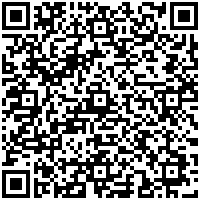