On this day, boys and girls from all over Israel gathered under the auspices of the International Young Israel Movement (IYIM) – Israel to celebrate their Bar and Bat Mitzvahs. While this milestone of Jewish adulthood is a significant one for every twelve- and thirteen-year-old, this Bar/Bat Mitzvah ceremony was a unique one. Every one of its 63 participants was deaf or hearing impaired.


This year’s ceremony took place at the elegant Beit Yaakov Synagogue in Jerusalem’s Ramat Eshkol neighborhood. The atmosphere was a lively combination of excited exclamations and equally animated signing, as the children, some with hearing aids, some with cochlear implants, others with no visible signs of the challenges they face, filled the seats of the sanctuary.

IYIM – Israel in partnership with the Jewish Agency for Israel is the primary organization in Israel providing Jewish identity programming and Torah education for the State’s hard-of-hearing youth population. The Movement’s Judaic Heritage Program for the Deaf and Hearing Impaired, directed by Rabbi Chanoch Yeres and Daniel M. Meyer, works in partnership with the National Association for the Deaf and Hearing Impaired to provide services and activities particularly suited towards this extraordinary group of youngsters. The Judaic Heritage Program has even had to invent new signs for Jewish terms, including the blessings for Shabbat candle lighting and Kiddush, for use by Israel’s deaf community.

But the highlight of the year is always the day when dozens of these young people, primarily from traditional and secular homes, join together, along with their parents, siblings, and grandparents, to celebrate the fact that they too can play integral roles, as committed adults, in the Jewish nation.

The ceremony was opened by Rabbi Chaim Wasserman (President, CYIR), Liat Wizman (JAFI) and Bentzion Chen (Chairman, ACHA), each one of whom addressed the crowd. Whether in speech or in signs, all of them expressed their pride in the young people before them – pride in all they have achieved until now, pride for what they will certainly go on to accomplish in the future.

The boys were then aided by invited guests, members and friends of IYIM in putting on tefillin for the first time. Explanations had to be made in a challenging combination of demonstration, motions, and words, but the patience of the men and the enthusiasm of the boys crossed all communication barriers.

Then the actual ceremony began. All of the boys were then called up together, and recited – for the very first time – the blessing for being called to the Torah, their interpreter signing the bracha alongside them. Then it was the girls’ turn to come on the bimah. Rabbi Yeres addressed the girls with inspiring words about the woman’s power and role in Judaism. Then they recited together a pledge of commitment to the responsibilities of a Bat Mitzvah. This was followed by a shower of candies.

But the day was far from over. The entire assembly then headed down to the shul’s social hall, where they were hosted to a festive meal, accompanied by musical performance by each group of students. The rest of the afternoon was then spent on an inspirational tour of Jerusalem’s Old City, culminating in the opportunity for prayer – for the first time as adult members of Am Yisrael − at the Kotel Hama’aravi. 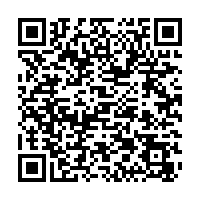