While modern Egypt is undergoing a second revolution in that many years, Hebrew University archaeologists have discovered ancient and glorious evidence of Egyptian rule in Tel Hazor, of all places, near the town of Rosh Pina.

A team of researchers from the Institute of Archaeology, headed by Prof. Amnon Ben-Tor and Dr. Sharon Zuckerman found in Tel Hazor National Park a unique fragment of an Egyptian Sphinx. The Sphinx has between its front legs an hieroglyphic inscription which includes the name of the Egyptian king Mikrinos, who ruled during the ancient Egyptian kingdom and was one of the builders of the famous pyramids of Giza. He ruled the Egyptian kingdom in the third millennium BCE, more than 4,000 years ago.


The Sphinx fragment discovered at Hazor is an unexpected and incredibly important discovery, since it is the only known Sphinx of this king discovered so far in the world, including in Egypt. Moreover, it is only fraction of the majestic monumental sculpture discovered in the entire Levant (the eastern shore of the Mediterranean).

Apart from the name of the king, the hieroglyphic inscription include the titles “beloved by the divine manifestation … that gave him eternal life.” According to Prof. Ben-Tor and Dr. Zuckerman, we can deduce that the original location of the Sphinx was probably in Heliopolis, or Biblical On, north of modern Cairo.

The archaeological assemblage where the Sphinx was discovered is in the destruction layer of the city that was destroyed during the 13th century BCE, at the entrance to the city palace.

The question archeologists are now interested in is when and under what circumstances was the Sphinx brought to Hazor. According to Ben-Tor and Zuckerman, the likelihood that the Sphinx was brought to Hazor during the days of the actual king whose name is engraved on it is very small, since we have no information about the existence of any relationship between Egypt and the land of Israel in the third millennium BCE.

There are two more likely possibilities: either the statue was brought to Israel in the second millennium BCE Dynasty of the kings known as the Hyksos, who originated in Canaan, or it was brought over during the 15-13 centuries BCE, when Canaan was under Egyptian rule, as a gift from an Egyptian king to the king of Hazor. Mind you, Hazor was the most important city in the southern Levant at the time.

Tel Hazor is the largest and most important biblical archeological site in Israel, and has been recognized as a World Heritage Site by UNESCO. Israelite Hazor is a key site for testing the reliability of the biblical historiography, and the city was preceded by Canaanite Hazor which has called the book of Joshua, “the head of all those kingdoms.”

The city maintained cultural and trade relations with both Egypt and Babylon, as attested to by written documents that have been discovered at Hazor, as well as in digs in Egypt and Iraq. Artistic artifacts, including those imported to Hazor from near and far, have been unearthed at the site.

Hebrew University began the Hazor excavation in the mid-nineteen-fifties and the late sixties. Excavations at the site were resumed in 1990, as part of an excavations project of the Saltz Foundation in memory of Yigael Yadin, by Prof. Amnon Ben-Tor, who was later joined by Dr. Sharon Zuckerman in 2006. The present excavation area is managed by Shlomit Baker, a doctoral student of the Institute of Archaeology and is sponsored by the Exploration Company in cooperation with the Israel Antiquities Authority and the Israel Nature and Parks Authority. 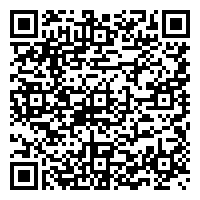