(JNi.media) Mahmoud al-Zahar, a senior Hamas official, said that the conditions are ripe for a new intifada against Israel, but, unfortunately, the Palestinian Authority prevents it and uses its security forces to block the emerging uprising. In an interview with Hamas’ website, Al-Zahar said that the only way to protect the Al Aqsa mosque would be with the Arabs in Judea and Samaria and Jerusalem taking up weapons, but, as he put it, the sad reality is that these weapons are being used to protect the settlers.

“The image of Palestinians from the West Bank and Jerusalem throwing stones and Molotov cocktails has dealt a blow to the occupier,” Al-Zahar said.


So far, no Palestinian Authority officials have condemned the murders of Jews by Arabs in the past three days in Jerusalem.

Saeb Erekat, one of the Palestinian Authority negotiators of the Oslo accords and chief of the PLO Steering and Monitoring Committee until 2011, told Radio Palestine Sunday, following the lethal stabbing incidents in Jerusalem: “The events remind us of September 2000. Israel’s isolation is causing it to take forceful measures. Experience shows that you cannot deprive the Palestinians of their freedom by force.”

Erekat added: “We are in contact with leaders in the Arab international world, to prevent a large Israeli operation. We are preparing to convene the Palestinian leadership soon to start implementing the declarations stated in the Abbas [UN] speech.” 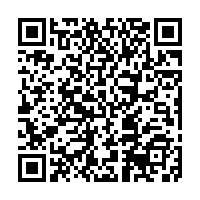