(JTA) The popular travel discount blog Dan’s Deals is circulating a story that a Jewish passenger who was supposed to be on the missing Malaysia Airlines plane was switched to an alternative flight because his Orthodox Jewish travel agent in Israel refused to book him on an itinerary that would have him traveling on Shabbat.

Under Orthodox Jewish law, facilitating someone else’s Sabbath desecration — boarding an airplane — is as forbidden as desecrating the Sabbath oneself.


Here’s the email exchange on January 13 and 14 between the passenger, identified as Andy, and the travel agent. The emails were posted online by Dan’s Deals with the identifying details removed.

Andy: One amendment, I need the KUL-PEK flight a day later. I need the extra day in Kuala. once that is set you can lock in.
Travel Agent: I wish I can give you a day later, but you know I just don’t like flying Jews on Shabbat. I can take that leg out if you want and you book yourself.

Andy decides to book the flight himself but later changes his mind:

Andy: I reconsidered, you are right I should be more observant, I’ll manage without that day in Kuala. Since I’ll have an extra night in PEK Any recommendations for a good Friday night dinner in Beijing?
Agent: Ok, glad to hear. Try this: http://www.chabadbeijing.com/

Then, on March 8, Andy writes:

Holy God,
You sure heard what happened to MH370
I cannot stop thinking about this.
This is a true miracle for the books. You are a true life saver…
I cannot think anymore! We’ll talk later this week. Don’t know how to thank you enough
(See the full email exchange here.)

When I tried to verify the authenticity of the story with Daniel Eleff of Dan’s Deals, he sent me this message:

At this time the travel agent and the passenger are opting to remain anonymous. There has been a fair amount of negative feedback and they are choosing to wait until the fate of the flight in known to determine if they’ll go public.
I have personally verified the story and can vouch for its authenticity. The emails I posted with time stamps are unaltered except to remove identifiable information.

We Should Be Listening To Attorney General Barr 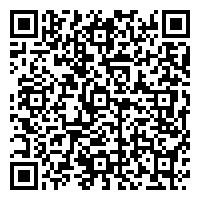