Both Shas and UTJ are claiming they will be in the government by the end of the week and perhaps as early as tomorrow, according to a report in Kikar Shabbat.

Other sources report that the parties have reached a compromise on the universal draft issue that the Gedolim (Torah sages) can live with, as well as the Likud.

JewishPress.com sources say that Shas may again receive the Interior Ministry. The Srugim website confirms that, and adds that Shas was also offered the Minsitry of Religion, an additional ministry to be named later, and Deputy Minister of Education.

The question still stands if Bennett and Lapid will be in the government, or perhaps, if Labor will go in, in their place.

On Israeli TV tonight, Uri Ariel (Jewish Home) said there is no alliance with Lapid, just understandings on specific issues, implying that they could join the government even if Lapid doesn’t. Jewish Home has no problem sitting with the Hareidi parties, while Lapid does.

For the Jewish Home, one of the important issues that they want agreed upon for them to enter the coalition is that the Edmond Levy report be adopted by the government.

Once Netanyahu approaches the needed 61 seats, he can then ask for a 2 week extension to close the last party that pushes him over the top.

But will that last party be Jewish Home, Yesh Atid, or Labor? 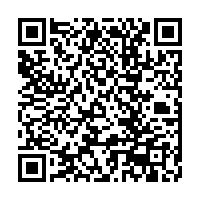