After much jockeying and infighting, it appears that Shas has finally chosen its candidate for Sephardic Chief Rabbi of Israel. Among the candidates were former Chief Rabbi, Rav Ovadia Yosef’s two sons, as well as Shas leader Arieh Deri’s brother, and the brother of Shas MK Ariel Attias.

In the end Shas chose Rav Ovadiah’s younger son, Rav Yitzchak Yosef to be their candidate. Rav Yitzchak is considered to be a scholar. He is also the son-in-law of the current Chief Rabbi Shlomo Amar.


Rav Amar has been pushing for the appointment of his long time study partner Rav Boaron. Rabbi Boaron is a judge on the Rabbinical Supreme Court in Jerusalem.

What may have helped Rav Ovadia in his decision to select Rav Yitzchak and not his older son, Rav Avraham Yosef, was the investigation that was just opened against him,. 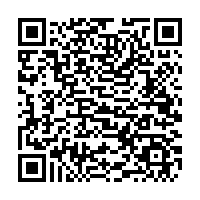