Readers of The Jewish Press surprisingly have given 52 percent backing for Avigdor Lieberman as their choice for prime minister, according to the responses 30 hours since the poll was published.

You still can vote here.


Assuming that most of our readers would label themselves “right wing” and “religious,” the results are a shocker.

Lieberman, chairman of the Yisrael Beitenu party, won a majority of 52 percent backing in answer to the question, “Who Do you Want as the Next Prime Minister of Israel?”

No less shocking is that the nearest rival trailed by a whopping 25 percentage points. Naftali Bennett, the current government’s Minister of Economy and the chairman of the Jewish Home party, received 17 percent backing, and Prime Minister Binyamin Netanyahu was chosen by only 16 percent of our readers.

Yitzchak Herzog, chairman of the Labor party, received support of 3 percent of the respondents.

Tzipi Livni’s backing was only 1 percent, which is not surprising considering the make-up of our readers. Moshe Kahlon, former Likud Minister of Communications, also won 1 percent.

The poll obviously is not scientific but gives an indication that people are fed up with politicians who say one thing and do another. Lieberman, who is of all things Foreign Minister, is known for saying what he thinks, even if it not diplomatically correct, although he has somewhat moderated in the past few months.

Unlike Bennett, he is not in the religious camp.

Unlike Netanyahu, he does not hide his thoughts about Arabs. He has been in the forefront of the move to require all Israeli citizen to sign a loyalty oath, and he also has been the most outspoken leader to suggest that Israel trade land with the Palestinian Authority, taking sovereignty over areas in Judea and Samaria where there is a concentrated Jewish population, such as Maaleh Adumim, Gush Etzion and Ariel, and handing over Arab areas such as the “Triangle, near Netanyahu, to the Palestinian Authority.

He certainly knows very well that almost no Arab with Israeli citizenship would give up all of the benefits of living under Israel in return for being subject to a Palestinian Authority state that has shown no signs of being much different from most other Arab countries in terms of social justice and democracy, or lack of it.

Here are a few of the feedbacks to the poll:

“Netanyahu is a great leader,” a comment that brought a response, “Where have you been the last few months? Was there something unclear about three-month-old Chaya Zissel Braun (HY”D) getting murdered, Bibi responding with “We will respond harshly to future terror attacks”, tons of attacks happening in said future and then our government doing NOTHING???”

There were many comments in favor of Bennett and several for and against Lieberman.

The missing element so far is that there was virtually no feedback in favor of Lieberman, even though he won a majority of the votes.

if you have not voted, do so now, and maybe we will see a change in the results.

If the responses so far are even partially representative, Lieberman might be in better shape than the polls indicate, and Bennett and Netanyahu better watch out. 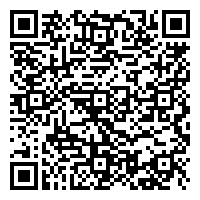