While Prime Minister Benjamin Netanyahu is expected to move the next Knesset elections from October to February, 2013.

The Israeli press has been featuring several leaks from Netanyahu’s inner circle on Tuesday and Wednesday regarding the approaching declaration of a February vote, although an official declaration is yet to made.

Netanyahu and Finance Minister Yuval Steinitz have been discussing a less severe clipping of the national budget, which was supposed to be trimmed by $3.9 billion. In light of the expected elections, they are likely to reduce the cuts to $2.6 billion.

“Over four years, we have responsibly managed the economy, reduced unemployment, protected growth and added hundreds of workplaces. We coped better than most countries in the Western world with the global economic crisis. For four years we acted as a responsible government and we must continue on this path,” the Prime Minister said, already sounding as if he is campaigning for his next term in office.

It is expected that the early vote will be scheduled for Tuesday, February 12. The last elections were held on February 10, 2009.

Interior Minister Eli Yishai from Shas said his party would rather not have the early elections.

“I told the prime minister that if the budget is passed with compassion, we will support it,” Yishai said, hinting at the need to avoid cuts that would hurt the needy segments of Israel’s population, adding: “We are prepared for elections at any given time, although Shas would be happy to continue its term for the year that remains.”

Opposition leader Shaul Mofaz of Kadima, who spent a short stint in Netanyahu’s coalition government this summer, said that “Netanyahu must be replaced and hope needs to be returned to the people of Israel.”

Labor Party Chairwoman Shelly Yachimovich said that setting an early date for the national elections, because “Israel needs elections to decide between different alternatives and to reset the country’s path.”

Knesset Speaker Reuven Rivlin (Likud) told Israel Today: “In my opinion, the prime minister does not have a majority to approve a national budget… There is no majority in the coalition to approve the cuts. Without a budget, the government cannot continue to function and therefore there will have to be early elections.” 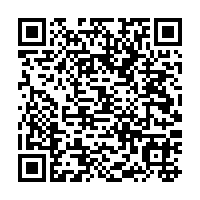