Am Ultra-Orthodox Jewish man, 60, was stabbed by an Arab terrorist Monday night, around 10:30 PM, on Haldia Street in the Muslim quarter of the Old City of Jerusalem. The terrorist, dressed in jeans and a black coat fled the scene and police have begun a manhunt.

The victim made his way over to the Lion’s Gate after the attack, where he reached security forces.


The knife used by the terrorist has been located.

Israel Weingarten, an MDA paramedic, told reporters: “A man of 60 was sitting near the Lions’ Gate, after having been stabbed in his upper body. He was fully conscious and told us he had been stabbed over in the alleys and ran towards the Lions’ Gate to seek help from the security force there. We gave him first aid, dressed the wound and stopped the bleeding and evacuated him to the hospital in moderate and stable condition.”

Update: Tuesday, 12:51 AM: Police believe they have caught the suspect.

Update: Tuesday, 1:01 AM: Police have confirmed they have caught the terrorist – an 18-year-old Arab from the territories. The terrorist was hiding in a basement and had changed his clothing. Police used security cameras in the Old City to track him down. He confessed during the interrogation.

Improving Online Discourse Starts with ALL of Us 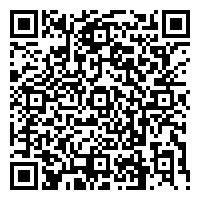