Jerusalem (TPS) – The Israeli Labour Party is considering cutting ties to its British counterpart amid an ongoing wave of British Labour officials dismissed due to anti-Semitic comments, including remarks advocating the deportation of Israel’s Jews and claims that Hitler supported Zionism.


MK Isaac Herzog, head of Israel’s Labour Party and Opposition leader, told Channel 10 News on Monday that he is “considering suspending relations” with British Labour and that “it’s possible there may be no other resort.” Herzog went on to explain that the majority of British Labour rejects these anti-Semitic views, which are held by “only a small and loud minority.”

“There is a toxic atmosphere of hatred and fanaticism in British Labour,” Shai wrote. “It is no longer a sister Party with which we can have close relations and coordinate policy.”

“When one of the Labour leaders creates a twisted connection between Adolf Hitler and Zionism this is no longer a warning sign – this is a moral collapse that requires immediate and unequivocal action,” Amir Peretz, another Israeli Labour MK and former Party chairman, wrote on his Facebook page.

Peretz was referring to comments made by former London Mayor and Labour Member Ken Livingstone last week, arguing that Adolf Hitler supported Zionism because he wanted to deport German Jews. Livingstone was suspended from Labour following the remarks, and the Party has said it will investigate anti-Semitism in its ranks.

Three more British Labour officials were suspended on Monday for anti-Semitic comments they had posted to Facebook, including comments referring to Israel “drinking Gaza blood” and accusing Israel of orchestrating last year’s ISIS terror attacks in Paris as punishment for a French UN vote in support of the Palestinians.

The scandal in British Labour comes at a sensitive time, with important local elections coming up in England on Thursday—including a contentious and racially-charged race for London mayor—which coincides with Israel’s Holocaust Remembrance Day.

Herzog sent a letter to British Labour head Jeremy Corbyn on Saturday inviting him to bring a delegation to visit Israel’s Holocaust museum, Yad Vashem. “While Ken Livingstone is surely anti-Semitic beyond repair,” Herzog wrote, “I’m sure there remain many Labour Party activists with a willingness to engage and better understand the scourge of anti-Semitism.”

“Yad Vashem is open to all visitors,” said Simmy Allen, Yad Vashem’s director of international communications, in an interview with Tazpit Press Service (TPS). “Our vast resources are at the disposal of anyone who would like to learn about the Holocaust and experience a visit to Yad Vashem.”

It appears unlikely, however, that Corbyn will take Herzog up on the offer, leading Israeli Labour members to openly ponder whether they must dissociate from their British counterpart.

“With sister Parties like this, who needs enemies?” tweeted Itzik Shmuli, a Knesset member with the Labour Party. 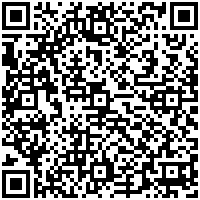