Rasmussen Reports have been criticized since its founding, in 2003, for being a “conservative-leaning polling group.” Renowned pollster Nate Silver, who studied and wrote about the Rasmussen polling methods and results, concluded that they were biased to the right by about 1.5 points, compared with the rest of the mainstream services. Rasmussen polls are more likely to detect new trends in rightwing voter behavior than others, so much so that The Washington Post has reported that Rasmussen’s polls “set off alarm bells inside the Oval Office.”


With that in mind, it should be noted that the Rasmussen results Monday are significantly different from the other recent polls, which all show Clinton with a lead over Trump. According to the RealClearPolitics average of polls, Clinton has a 7.3-point lead over Trump: 47.4% to 40.1%.

It should be noted that a week ago Rasmussen showed Clinton and Trump tied in the national poll with 38% each. In that poll, 6% said they intend to stay home if Hillary and the Donald are their choices; 16% said they would vote for some other candidate, and 2% were undecided.

Among unaffiliated voters, Trump leads 37% to 31%, but 23% like another candidate. 9% are undecided. 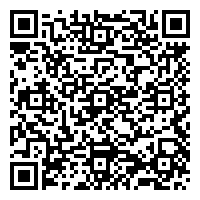