In Wednesday’s press briefing, US State Department Spokesperson Jen Psaki called for restraint on all side, during the search for the three kidnapped boys.

MS. PSAKI: Well, Said, we’ve been in touch with both the Israelis and the Palestinians throughout the course of the last several days since these teenagers were kidnapped. We know this is a difficult time obviously on the ground. We’ve urged continued security cooperation between the Israelis and the Palestinians in the search for the kidnapped teenagers. We were encouraged by President Abbas’s strong statement to the Arab and Islamic foreign ministers today in Saudi Arabia. But – and certainly as the search continues and in our conversations, we urge both sides to exercise restraint and avoid the types of steps that could destabilize the situation. And that’s a message that we are conveying in all of our conversations as well.

After 6 days, she also finally admitted that one of the kidnapped boys is an American citizen.

MS. PSAKI: We do, yes. So we can confirm that one of the kidnapped was an American citizen.

But after 6 days, Psaki doesn’t actually know his name.

QUESTION: Which one? MS. PSAKI: I believe his name has been reported. I don’t have it in front of me right now.

The State Department still believes that paying the PA, which then pays Hamas had no influence in Hamas’s decisions (such as pulling their financial chestnuts out of the fire).

QUESTION: But there’s – numerous Israeli officials have said that the U.S. decision to work with and continue to fund the Palestinian government, the new unity government, is – contributes – contributed to this incident with the three – is it – am I correct in thinking that you still would reject such an allegation?

MS. PSAKI: Yes, that is correct.

Keep that certainty of hers in mind, while recalling that Ms. Psaki couldn’t even bother to learn the name of the kidnapped American boy. 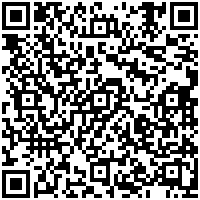