The U.S. is not happy about the appointment of Israel’s new defense minister, Yisrael Beytenu party chairman Avigdor Liberman, to the coalition government. This became patently obvious at Wednesday State Department briefing (May 25, 2016) in Washington DC after a long round of questions on other topics — most of them about Democratic presidential candidate Hillary Clinton’s misdeeds during her tenure as Secretary of State — when the session was nearly over. There were just a few minutes left, said State Department spokesperson Mark Toner, who seemed almost to be waiting for someone — anyone — to ask the question.

And then finally, the very last one, squeezed in at the final second, a reporter managed to deliver the perfect pitch over home plate. Following is the question — clearly a softball — tossed to the harried spokesperson, who practically leaped to answer it, and his response.

Q: I know it’s like the fifth day in a row, but at least it’s now formally been announced that Avigdor Lieberman is to be Israel’s defense minister. Do you have any comment on the new Israeli government and his appointment to that job in particular?

Mr. Toner: I do. We have seen reports an agreement’s been reached to expand the coalition.

“We’ve also seen reports from Israel describing it as the most right-wing coalition in Israel’s history. And we also know that many of its ministers have said they opposed a two-state solution.

“This raises legitimate questions about the direction it may be headed in – headed in, rather – and what kind of policies it may adopt, but ultimately we’re going to judge this government based on its actions. 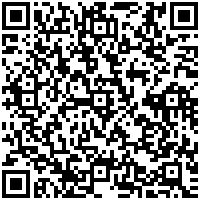