Arab terrorists attacked an Israeli driver at around 5 pm Thursday, while traveling in Jerusalem near the Issawiya neighborhood.

The attackers hurled stones at the car as it moved between the Rechalim Junction and the Issawiya neighborhood in an attempt to injure, if not actually kill, those riding in the vehicle.


The windshield of the car was smashed by one of the rocks that hit the vehicle, but no one was physically hurt in the attack. 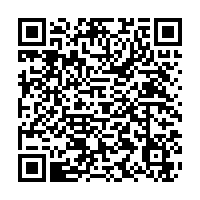